The story of Kanono the vervet monkey...

Kanono means "small" in the Bemba language, when we got this vervet monkey, he was pretty small. That's why we named him "Kanono", so we put him inside our duck cage next to where the rabbits lived. He was confused at first, but as the days went by, he got used to the cage. But then he starting going crazy, whenever we went in there to feed him, he would jump on to our shoulders and start grooming our hair. And it was very forceful, if we tried to resist the grooming, he would bite our necks like saying"You will get groomed!" So we just had to go with it, whenever he was done grooming us, we had to groom him back. 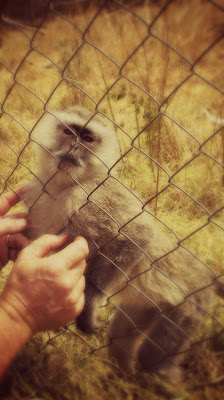 After a while he starting getting really smart, every Sunday he would escape out of the cage. It wasn't just a squeeze through the cage escape, he actually used his hands and gently unwinded the chicken wire until he made a whole for him to escape. He was like Houdini! :) He even figured out how to open a door. So everyday we played with him, and it was not so bad. Until, it was too much for us to handle, he escaped almost everyday, ran to terrorize the children, jumped up on super tall trees, and we had to go run after him.

So then we had to do what was right, we had to put him in the zoo. It was sad, we all missed him so much. So then, we visited him recently, we said hi, we groomed him, and it seemed like he missed us too. Kanono, if you're reading this, for some strange reason, just know that we love you and miss you. 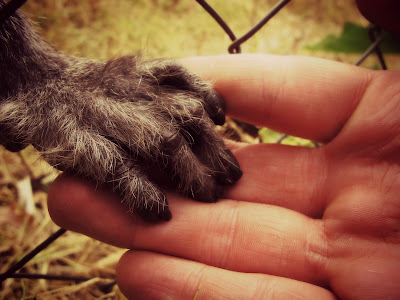 Check out my profile, if you dare...!